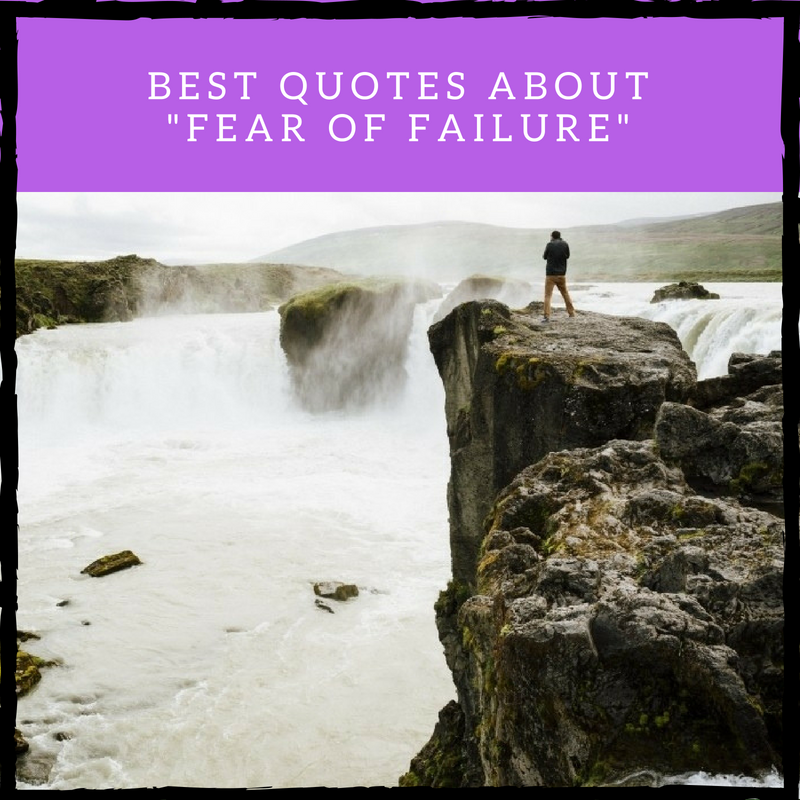 Below are my favorite quotes about failure and fear of failure! Enjoy and remember that failing is actually one of the healthiest things we can do.